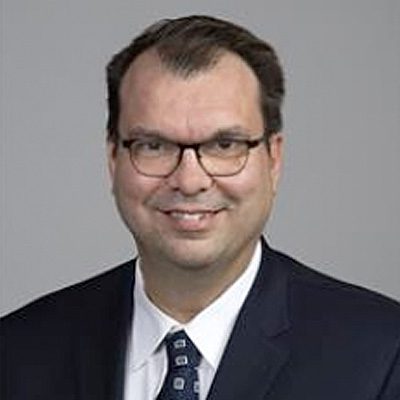 Dr. Zoltan Mari graduated first in his medical school class in Hungary before completing a post-doctoral fellowship in SUNY Downstate (Brooklyn, NY) on Parkinson disease (PD) animal models and electrophysiology.  He finished his neurology residency training in the same institution, where he also served as Chief Resident and was elected to the prestigious Alpha Omega Alpha Medical Honor Society.

After his clinical fellowships in both movement disorders and clinical neurophysiology at NIH, he joined Johns Hopkins University faculty, where he was later promoted to Associate Professor and served as Director of the PD & Movement Disorder Division and Center, which has grown markedly under his leadership, including many successful hires and establishing a DBS Center and a clinical fellowship program.

After 11 years at Johns Hopkins, Dr. Mari joined the Cleveland Clinic Lou Ruvo Center for Brain Health in Las Vegas, NV in May 2017, where he is the Director of the PD and Movement Disorders Program and serves as The Ruvo Family Chair.  Dr. Mari is a renowned expert of PD and movement disorders clinical research and the endowment funds will enable him to study novel remote monitoring technologies, biomarkers, and disease modification.

Dr. Mari has published 70 peer-reviewed papers, authored multiple book chapters, and founded and directed many nationally recognized CME programs.  He is a co-founder of Neuraly, Inc. which is developing a revolutionary disease modifying treatment for PD and coauthor on a patent regarding the use of transcranial direct current stimulation in PD.