Out and about: Shopping at CBD dispensaries – Part One

Recently I’ve been noticing a number of “botanical”/CBD stores springing up in my neck of the woods – mostly in small strip-centers and in modest one-room store fronts.   One such store is nestled in a tiny complex on a busy street that mounts a steep hill just blocks from my house.  It’s easy to miss and I had to drive around the block to find the parking lot.

Inside I found a tidy shop with shelves of various tinctures, sprays, creams and colorful packages of what looks like gummy candy.  A saleswoman perched on a stool behind the counter.  I told her I was a nurse and was curious about which CBD products were selling the most and for what purposes.  Mostly I just wanted to hang out a bit and chat up the customers myself.

The saleslady was agreeable and she fixed me with her gaze.   She had her own personal story to tell. “My doctor prescribed Valium for me after my husband died last year,” she said.  “Three times a day.  Plus Ambien for sleep.  I thought I was going crazy; the drugs made me feel like a zombie.”

“Then I got this job and learned about CBD.  I weaned off my prescription drugs in about a month.  Now I just take a dropper-full in the morning and in the evenings.  If I’m feeling a bit anxious, I just eat a gummy. “

Various customers float in.  One woman brings in her seven-year-old son who has attention deficit disorder.  A man with a grey ponytail pulls up on a motorcycle to buy a CBD-infused topical cream for his back pain.   A woman in a business suit wants something to help her stay focused at work.

Each customer is invited to sit down and discuss their health goals, then offered a sample of the tincture recommended.  It’s a thoughtful, give and take exchange.  Before they leave, with or without a purchase, each person is given written dosing and usage information with a cursory overview of the endocannabinoid system.

CBD as a Multi-tasker and Receptor Activator

This experience has me musing about how CBD can be so many things to many people.   The scientific literature calls it a “pleiotropic” drug which means that it produces numerous effects through multiple molecular pathways.   Over 65 molecular targets have been identified for CBD.

Unlike its cousin THC, CBD does not activate the body’s CB1 and CB2 receptors. Instead, it activates other receptors, like the adenosine and serotonin receptors – which in turn play parts in regulating various nervous system properties.   Receptors are proteins that sit on cell surfaces and bind chemicals. When they bind a chemical, they create a change, perhaps by opening a channel, or initiating a signal to make a neuron fire more or fire less. What a receptor does depends on its type and also where it’s located in the brain.

So how does CBD get inside a human cell to bind to a receptor in the first place? It has to pass through the cell membrane by hopping aboard a fatty acid binding protein (FABP), which accompanies various lipid molecules into the cell’s interior. These transport molecules also escort the brain’s own cannabis molecules, the endocannabinoids, across the membrane to several targets within the cell.

Since CBD has to “compete” with endocannabinoids to bind with these transport proteins, it effectively interferes with the eventual breakdown of endocannabinoids by metabolic enzymes once they land inside a cell.  You could say that it allows endocannabinoids to hang around a little longer in the brain since it delayed passage into the cell interior.   It strikes me that in many ways CBD acts as a “reuptake inhibitor” drug which means that it keeps certain neurotransmitters from being absorbed, mimicking many pharmaceutical drugs.

One of the important neurotransmitters that CBD affects is adenosine. In the brain adenosine is an inhibitory neurotransmitter, depressing the central nervous system when needed. In normal conditions, it promotes sleep and suppresses arousal.   When you drink a cup of coffee to wake yourself up, the caffeine works by suppressing adenosine.

But adenosine does other things – In the heart adenosine causes dilation of the coronary blood vessels that improves blood circulation.  Adenosine also increases the diameter of blood vessels in the peripheral organs. By delaying the reuptake of this neurotransmitter, CBD boosts adenosine levels in the brain, which regulates adenosine receptor activity.

Inhibiting adenosine uptake activation is one the reasons that CBD works so well for anxiety.  Adenosine receptors are involved in the release of dopamine and glutamate, two neurotransmitters that play major roles in behavioral and cognitive processes. Dopamine is involved in cognition, motor control, motivation and reward mechanisms, while glutamate is one of the major mediators of excitatory signals, being involved in memory, learning and cognition.  One of the drugs we use for managing Alzheimer’s disease, Mamentine, works by inhibiting glutamate.

CBD and Depression – Working on Serotonin

In a similar manner to adenosine, CBD in high concentrations has been shown to activate another receptor called the 5-HT1A serotonin receptor.   5-HT1A is a subtype of the receptor for serotonin, a neurotransmitter well known as a regulator of mood and social behavior, appetite and digestion, sleep, memory, and sexual desire and function.

How do we get more of the feel-good serotonin neuro transmitter onboard?  Anyone who has been treated for depression knows that the usual solution comes in the form of a prescription drug in a class of medications called Selected Serotonin Reuptake Inhibitors ( SSRI’s)  like Prozac and Zoloft. SSRI’s work by blocking reabsorption of serotonin in the brain, increasing the availability of serotonin in the synaptic space.  In turn, brain cells transmit more serotonin signals, which – at least in theory – reduce anxiety and boost mood.

But CBD researchers are suggesting that CBD may boost signaling through serotonin receptors just like SSRI’s. In fact, in one animal study, Spanish researchers found that CBD enhances 5-HT1A transmission and may affect serotonin faster than SSRIs.

There’s much more to be said about CBD but here are a couple of conclusions that are jumping out at me right now.

CBD, just one of the many compounds from the cannabis plant, seems to yield similar benefits to current prescriptive drugs without significant side effects.  It has the power to activate as well as to inhibit neurotransmitters selectively – just as some drugs do.  Little wonder that a large-scale survey conducted exactly one year ago reported that over half of CBD-using respondents were able to stop or decrease their prescription medicines.   From where I’m sitting, the most common reasons people buy CBD – depression, anxiety, pain relief and insomnia – are often the most difficult conditions to treat.

Medicine needs to consider how cannabis dispensaries conduct business with their customers, allowing patients to consider options and optimal dosage based on their individual needs and goals.  One size does not fit all.  Everything we ingest to support health – prescription pills from the Walgreens pharmacy, multivitamins from Whole Foods or power smoothies from Jamba Juice – are metabolized differently because our own unique biochemistries.

Taking a Leaf from this Page

Patient-directed goals.  Transparent information.  Complete accessibility.  The ability to adapt a medicine to suit a specific need for a specific person and allowing that person to adjust the dosage as needed.  If only we could see this in conventional healthcare. 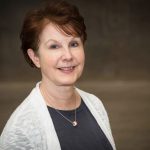 Meredith Patterson is a nurse specializing in neurology. She writes about the brain and brain health at her blog – www.BrainStormmindfitness.com.